As shoppers hurried into the mall to escape the winter winds, one man ambled towards the entrance to a store, methodically tapping his cane. He touched the door. Then he paced ten steps away. Dropping to his knees, he placed his hat on the ground for tips and pulled an instrument from his tattered jacket. With recorder flute in hand, the man played Silent Night, The First Noel, and Drummer Boy. I was enthralled by his passion, and the angelic sound resonating from his instrument. Passersby stopped long enough to listen. Passersby scarcely noticed him. A mother dropped a coin in the overturned hat. A teenager handed him a water bottle. It was my chance to talk to him.

“Does anybody ever take your money? You wouldn’t know seeing as…” 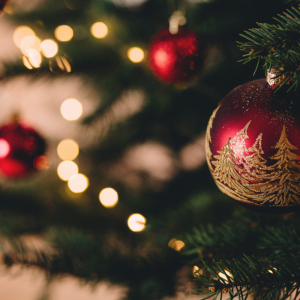 “I sees them with me ears. They can have ‘me coins. I play ‘cause I want ‘em to have a song in they’s heart like I’s got in mine.”

As the flutist played Mary Did You Know, I felt a warmth erase the wind whipping onto the sidewalk from the nearby alley.

I learned something that day. Although the gentleman was blind and poor, the song of the Lord residing within gave him a joy no one could take. Rather than worrying about his circumstances, he focused on expressing the song within his heart.

Let’s talk about Mary. Why did God choose her to birth the Savior? She, as the flutist, had a song in her heart no one could take away. Her song, The Magnificant is a declaration of her faith. Mary sang about her surprise to learn she was chosen to birth the Savior. She glimpsed the impact of Christ’s birth—that it would bless generations. Expectedly, she sang about God’s sovereignty.

Mary’s faith reminds me of the flutist. Would she have a difficult journey? Sure she would, and she knew that but she kept a song in her heart when the challenges came. As gossipers publicized her premarital pregnancy, she kept singing. When she and Joseph fled from wicked King Herod, I imagine Mary whispered lullabies into her child’s ears. As her Son lie upon the cross, beaten, and dying a horrible death, blood pooling at her bended knees, I am certain Mary had at least one chord from her Spirit-song residing within her wounded soul. When Jesus arose, the whole world sang, as did Mary.

Christmas is a time to resurrect the song of the Lord that He’s placed within you. Do you hear it? Listen closely…. The Great Flutist has written a melody on the recesses of your heart.

Father God, help me to be attuned to the melody You’ve written on my heart.

Published: December 17, 2020: Jewels This Side of Heaven: Stephanie Pavlantos: http://www.stephaniepavlantos.com 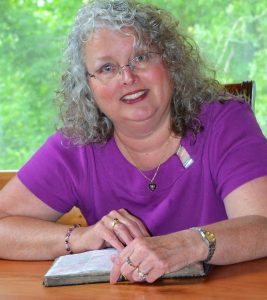 Diane Virginia (Cunio) is an award-winning writer, the founder and administrator of VineWords: Devotions and More, and the author of The Kiss of Peace: A Contemporary Exploration into Song of Solomon and Behind the Veil: Becoming the Ascended Bride of Song of Solomon (both books awaiting publication).

She is compiling a devotional entitled, Love-Knots: Stories of Faith, Family, and Friendships.