I sat down under his shadow with great delight, and his fruit was sweet to my taste.

“Would you like a slice of apple?” Angela asked.

“Sure,” I replied, not knowing she had already asked others, who sat at the conference table, the same question.

Angela sliced the apple into equal sections, carefully, precisely, and distributed them.  By the time she served her husband Victor, there wasn’t much left! I do not recall how many ate of the apple—Five? Perhaps six? That detail I have no recollection of, but Angela’s kind act I remember well. 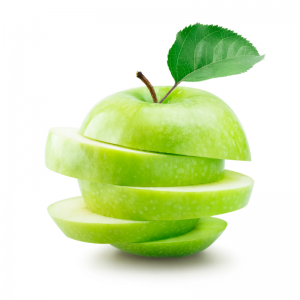 We were acquaintances at the time—all attending the same conference. It was the first lunch I’d had with Angela and Victor. This couple would become dear to my heart, but, at the time, I didn’t know them well.

As I got to know Angela, the apple incident made sense to me. It described her character well. Angela had an innate ability to share whatever the Lord gave her. She put others before herself without even thinking about it. I witnessed several times Angela kindly slicing fruit or other foods, for Victor and herself, and serving her husband first. She served in other instances in the same fashion—clarifying a mother’s prayer to one who was ministering to the woman; worshiping the Lord in intimate prayer, unaware of others around her; bowing as I dedicated one of the books to the Lord, agreeing quietly with every word of the prayer; and smiling.

To Victor, my mighty prayer warrior friend, I pray you are aware that Angela’s kind smile is a gift to Jesus now. Your sweet Angela sits at the banqueting table with her Beloved Peacemaker, Jesus her Savior and Lord.  What is Angela doing right now? I imagine, she is slicing an apple, and offering it to her Almighty King. In fact, I’m sure of it, because Angela has always been good at slicing apples.

The spiritual fruit of kindness can be shared in simple ways—like slicing apples.

This original version of Angela’s Apple was shared in Lima, Peru and Virginia Beach to memorialize a remarkable lady named Angela Marcos, wife of Pastor Victor Marcos. It is my prayer that Angela will always be remembered for her kindness and her devotion to her family and to her beloved Jesus Christ.

The devotion version of Angela’s Apple has been published at CBN (see Angela’s Apple-Devotion) and on this site in English and in Spanish (see La Manza de Angela).